What are Surrender Release documents

Surrender-Release documents are signed by the tenants and in these documents there are certain things that are mentioned by them.

This document is signed and notarized by the public notary and it is sealed. The date of the expiry of the commission is also mentioned. This is a legal document. 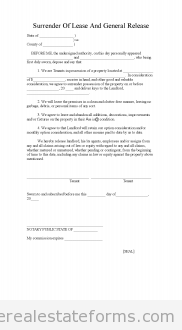