Execution of Release – If Option Not Exercised 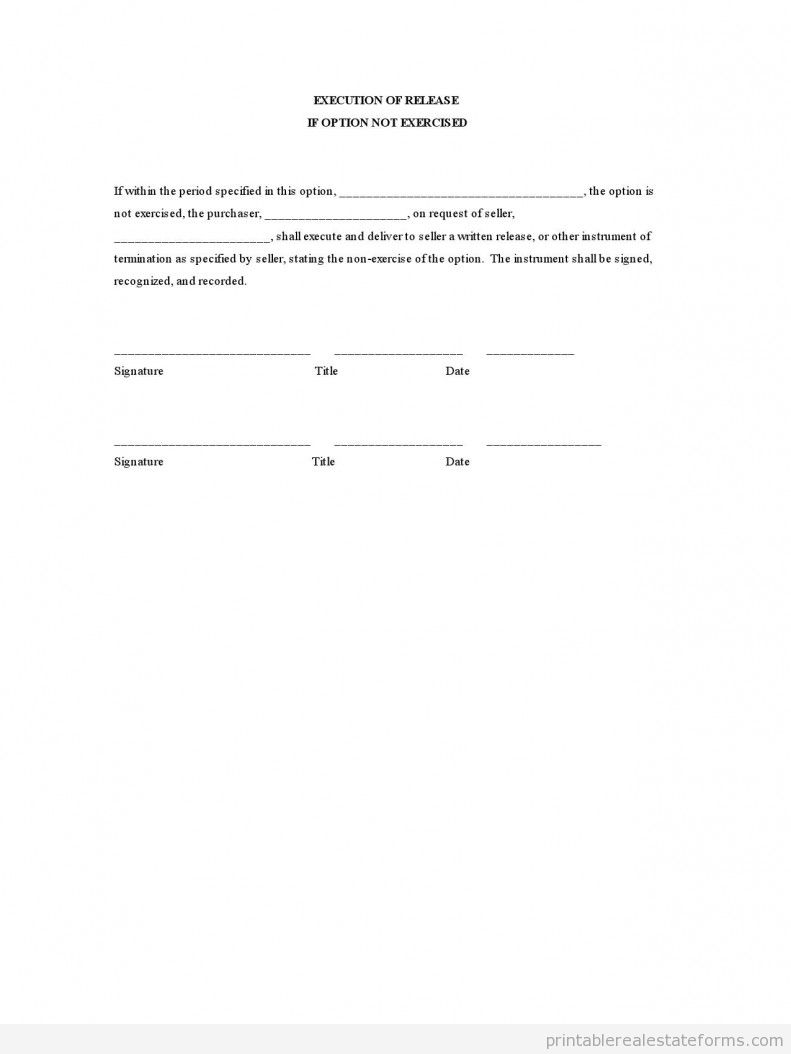 Executing Release in case of non-exercise of Option

In the real estate world, when property is bought sold, there can be several options involved in the agreement. While in some cases, options will be successfully exercised, in some cases it might not. When all the options laid at the time of agreement are exercised successfully then things are well and good for both the parties but if the buyer fails to exercise any of the options then what should be done. Well, the answer is simple. Seller can ask the buyer for the written release or termination of the agreement.

In order to have rights to ask for release when buyer fails to exercise an option, seller can ask the buyer to sign an Execution of Release – If Option Not Exercised form. As per this form, buyer fails to exercise the option as mentioned in the form then buyer will have to deliver a written release to the seller and also execute it. If instead of a written release, the seller asks for some other instrument of termination than purchaser will have to do so. Also, whatever instrument of termination is used, the reason for termination, which is, non-exercise of the option should be clearly mentioned in the instrument. The instrument will compulsorily have to be signed, recognized as well as recorded.

At the end of the execution of release form, both the involved parties will have to sign. In addition, they will also have to mention their title and the current date.

Download Printable Execution of Release – If Option Not Exercised Template