In a future construction the grantor is the person who owns the lot and the grantor in exchange for some consideration agrees to give the grantee a joint driveway which will be made of concrete runways and which will have a suitable entrance of concrete on the lot of one person and partly on the lot of the other person’s property and in such a way that an equal portion of both of the person’s lots and both the lots in equal portion will be used.

The driveway will be maintained, repaired and kept by both the grantor as well as the grantee in equal proportions and cost. 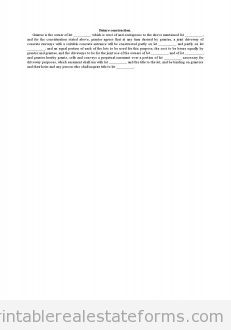